Start typing and press
Enter to search
Skip to content

This tie was created during hard and playfull “tying up fighting”. The procedure starts with one rope and in a kind of fighting and soft playfull style. The one with the rope (the dominant) is trying in a physical and soft/hard way to tie up the one with no rope (the submisive).

Both is sitting down and it is a kind of a wrestling match but in a more soft and technical martial art style. In my case it is a kind of aikido style wrestling. The submissive is allowed to resist. In other Words there will be a quite hard and physical fight.

In the end the one with the best strenght and endurance is the Winner. The tying up will most of the time be quite improvised and not very esthetic but quite functional. This “fighting tying” session was hard and long. It started out on the floor and was finished as a suspension. I am quite surprised that the roping in the end became as clean and esthetic as you can see in the photos below. 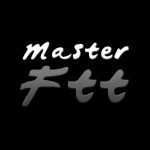